On November 8th we landed some changes that changed the way we do checkouts from hg. We enabled the hg share extension on android builds and started using internal hg mirrors to pull/clone from instead of hitting the main hg.mozilla.org.

The primary goal of this project was to reduce the load on the main hg server where developers often experience interrupted clones or slow pushes. If things got faster as a result, that would be a bonus. 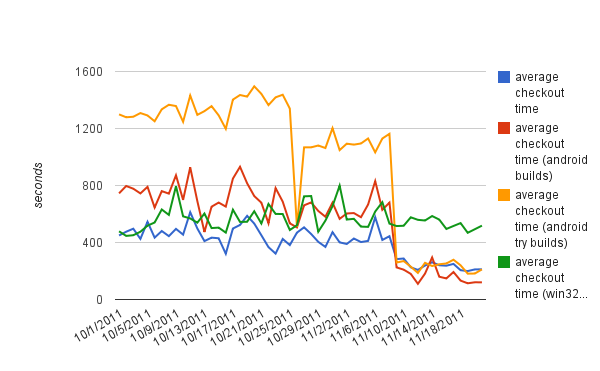 It seems like most of the gains came from enabling hg share on builds we weren't previously using them on since the update times for win32 try builds weren't affected; the only change for them would be pulling from the dedicated mirrors instead of the main hg.