I upgraded to WordPress 2.5 yesterday. Everything seems to have gone well, except I forgot to re-generate my .htaccess file, which caused all the permalinks on the site to fail, as well as the RSS feed to fail.

I've also stopped showing Google ads on my site. I did this because somehow ads for abortion clinics kept popping up. Google doesn't give you that much control over what kind of advertisements are shown, and since I'm not at all comfortable with these kinds of ads, I've pulled them for now. For those "in the know", this has nothing to do with recent events :)

Microsoft is abandoning their "PlaysForSure" DRM format. Too bad for those people who trusted that they really could for sure play music they bought. The next time they need to (not if they need to) reinstall Windows they won't be able to listen to their music!

Bill C-484, the Unborn Victims of Crime Act is slowly making its way though the House of Commons. This is a very important bill, as it would create an additional criminal offence for somebody who attacks a pregnant woman and causes the death of the unborn child she carries.

You can get the contact information for your MP here. Written letters are best, but e-mails work too.

Good to know I could take on a class full of 'em.

I stayed up a little past my bedtime last night to watch the eclipse, and to try and take some pictures.

I've never had much luck taking pictures of the moon, but these ones turned out not too bad. What amazed me the most after looking through the pictures is just how fast the moon moves through the sky! I was using a 300mm lens on a D70 (equivalent to 450mm on a 35mm camera), and trying to bracket the exposure between shots. In just a few seconds between shots the moon moved a significant amount through the frame! 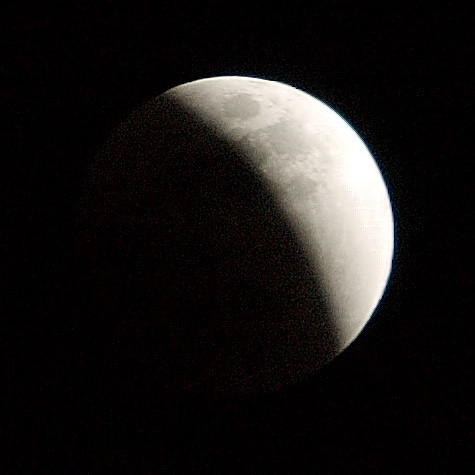 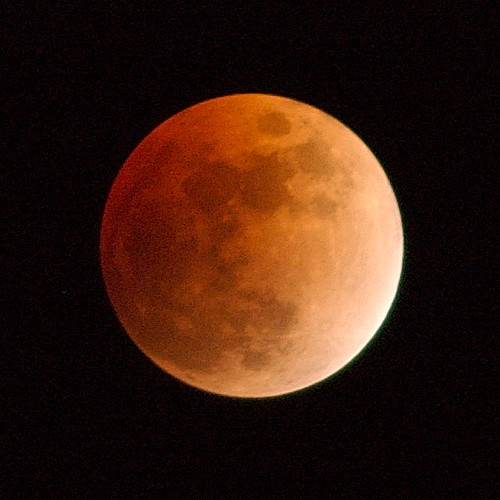 And he gives a great definition too! It could have been taken straight from the Catechism.

Follow the jump on over to the American Papist who has a YouTube clip of The Colbert Report from Monday night.

I saw this on TV and was hoping it would show up on YouTube...Stephen Colbert certainly knows his faith...or pretends to at least. It's hard to tell sometimes if he's serious or not.

Jen, over at "Et tu?", has written another moving post, this time about her conversion from being pro-choice to being pro-life.

Before becoming Catholic, I'm not sure what I would have said with regards to the abortion debate, I didn't give it much thought. I probably would have said something along the lines of, "it's not desirable, but ok in extreme cases." After my conversion to Catholicism however, things couldn't be more clear. Human life begins at conception. Intentionally killing an innocent person is wrong. Therefore, killing a child in the womb is wrong. To me, it's that simple. And I really hope that one day everybody will understand it that way.

Monday marked the 20th year since abortion was decriminalized in Canada. Depending on where you get your news, you may or may not have been aware of this. The three major newspapers here in the GTA had very different coverage that day (on their websites at least - I don't subscribe to any of them at the moment). The Toronto Star didn't have any mention if at all. The Globe and Mail had the pro-choice side covered well, but the pro-life side was not represented at all. The National Post seemed to have stories from both sides of the "debate".

I put "debate" in quotes, since there's actually very little discussion about this issue in the public arena. Just last week the CBC reported that a pro-life advertisement was pulled from buses in St. John's. The ad read, "Nine monthsÃƒÂ¢Ã¢â€šÂ¬Ã‚Â¦ the length of time an abortion is allowed in Canada. Abortion. Have we gone too far?" Pretty tame compared to some other pro-life messages out there. A message to spark debate, hopefully? Nope, not allowed, it's too "misleading".

I agree with what Michael Coren says in his piece in the National Post, it's time for the debate to be resurrected.

A friend of mine just referred me to this page: http://www.ex-parrot.com/pete/upside-down-ternet.html

I was trying to figure out what else you could do to the poor unsuspecting user...What about setting up a dummy NTP server that was set too far back or forward in time? Redirecting SMTP or POP traffic could be fun too :)

The waiting is over! Melissa delivered a baby boy on Friday morning after 31 hours of labour, finally ending with a c-section. Mom and baby are doing great now!

You can see more pictures of Thomas on our photo gallery.

I ran in the Toronto Half Marathon on Sunday and finished with a time of 1:52:58.4, which is around the middle of my age group.

I was hoping to finish in under two hours, so I'm pretty happy with my results. I'd like to speed up a little bit for next year, and get under the 5 minutes per kilometer mark.

Maybe do a marathon next year?